From the Land of Enchantment to the Land of Smiles, the best Mexican restaurants in Bangkok are something to be experienced with a cerveza or two.  Tequila and tacos have found a new home in South East Asia’s food capital. One of the most surprising aspects of Bangkok’s rich culinary landscape is its Mexican fare. Put aside your Massaman Curry, drop those drunken noodles and relish the closest thing to a decent taco you’re going to eat in South East Asia.

Like most of us when heading to Bangkok, the chances are your ‘must-eat’ list (we all have one.. right?) doesn’t include Mexican food. While this is completely understandable, it would also be a mistake. A burrito grande sized one. This city’s long history has always dedicated large volumes to its food, and with traders and travellers from all reaches of the globe, modern Bangkok is no different.

And the best part? All of these are within walking distance from Bodega Bangkok!

In a review that would make TripAdvisor blush, a good friend once summed up Tacos and Salsa as, and I quote, “fucking exceptional – those taco dorados are fucking incredible. How the fuck did you guys not take me here before? Fuck me this is good.”

The night in question may have featured a few too many large margochelas, but the sentiment rings true. Classics such as home-made guac appear alongside newer additions like Yucatan speciality pork pibil huaraches on it’s reasonably priced menu, and you can understand why they have traded the glamour of upscale Mexican eateries across the city in favour of good food, cheap drinks and a homelike feel. While the main draw of Tacos and Salsa is undeniably it’s menu, an evening with friends in one of Bangkok’s friendliest Mexican restaurants is the reason you’ll be wobbling out of there 4 hours later.

Tacos and Salsa is located a short taxi ride away down Sukhumvit Soi 18, about 10  minutes from Bodega Bangkok. It’s tucked away a fair distance down the Soi, so let us know you’re going and we might join you! 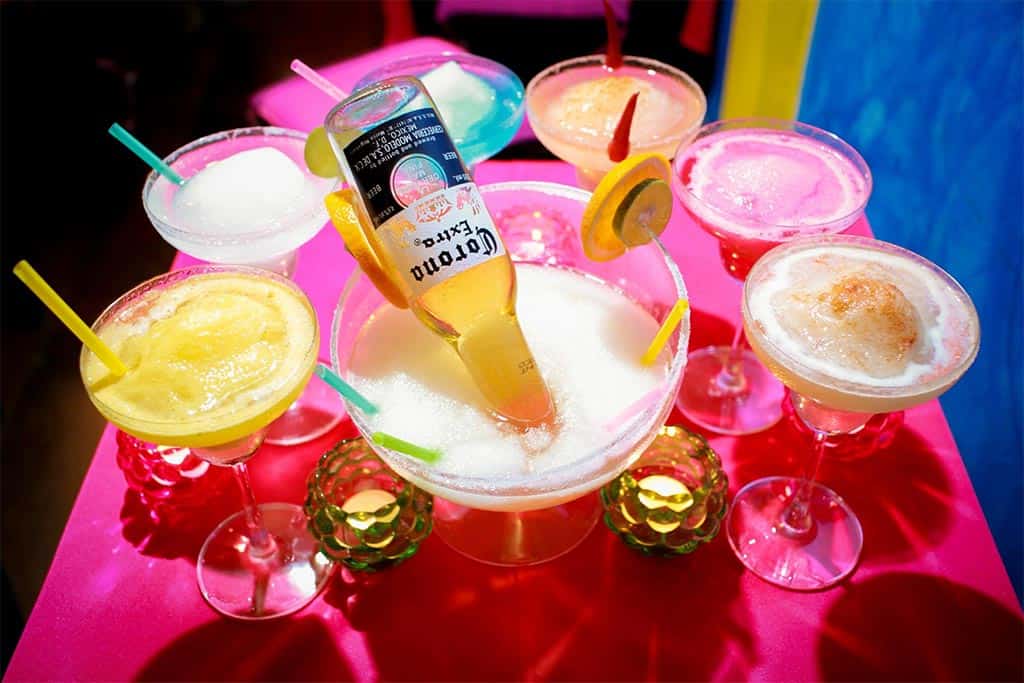 Despite moving after 13 years to a new location on Sukhumvit Soi 19, Charley Browns has retained a loyal following among locals and travellers alike.  With tacos from 90 baht and seriously strong margaritas from 100 baht, it’s not hard to figure out why. Giving your bank account a break isn’t the only thing that you’ll love however. Charley Browns’ Tex-Mex menu has something to offer for everyone, from die hard traditionalists to first timers alike. One thing that sets Charley Brown’s apart is tortillas, which are made from specially sourced Maseca corn flour in it’s traditional cast iron tortilla press.

Getting there is easy – take a 10 minute walk from our Bangkok location to Sukhumvit Soi 19, and get ready to pound as many passion fruit margaritas as possible.

After a revamp and complete overhaul of it’s menu, Mexicano brings a new meaning to the word authenticity with dishes from all over Mexico, as well as a few surprises from South America. Multi-award winning head chef Carlos Bravo is the man behind its mouth watering menu, from tuna and sea bass ceviche to six hour slow-cooked pulled pork and lamb. That said it’s not the undeniably delicious food that keeps us coming back – it’s the tequila selection. With one of the widest ranging selections this side of Mexico, you’ll be on the floor before the espetadas have reached the table.

To get there, head across the road from our Bangkok location to the Rembrandt Hotel on Sukhumvit Soi 20, Top tip- head over on Saturday and Sunday between 12:00 and 15:00 for all you can eat brunch from 1250 baht.

Hours of Operation: 6 PM to Midnight Monday to Friday, 12 PM to 3PM ad 6PM to 1AM Saturday to Sunday

There are plenty more Mexican restaurants in Bangkok!

As with any guide related to food in Bangkok, it would be impossible to cover everything in one go. In a city that changes almost daily- two of the restaurants on this list changed locations in the past 2 years- there is always something new around the corner. So whether you’re looking for authenticity, food on a budget or just want to slam Tequila until you’re kicked out, hit us up for recommendations or take our guide to the top 3 Mexican Restaurants in Bangkok with you!

Who else feels like it has been ages since they...

Choosing a travel guide is no easy task. With so...

Thailand Toasties: The Good, the Bad, the Ugly. If you’re...

Everyone with two healthy legs does it all the time....

Activities in Paradise: Things to Do in Koh Samui Koh...

Inner Exploration, Among the Meditation Retreats in Chiang Mai Chiang...

5 Tips That Can Keep You From Getting Stressed While...

Travel Can Have Amazing Mental Health Benefits Traveling is something...

In your everyday life, you’re a city dweller. You like...

What to Look for in an Inflatable Paddle Board If...

Besides swimming, there are loads of fun activities you can...

Dine-amite Dining: The History of Thai Massaman Curry The food...