Hostel Drinking Games: How to Make Friends and Inebriate People

Our selection of hostel drinking games is wonderful. We’re proud of it. We’ve tested each and every one of them to exhaustion and can confirm that they are completely fit for purpose. They’re a test of your skill, your luck and your drinking ability. Ready to make friends for life? Grab some teammates and jump into a hostel drinking game!

Arguably the king of drinking games. It combines precision aiming, team tactics and the ability to drink beer. The premise is fairly simple. Throw the ball into the cup and the opponent drinks the cup. The first to clear the opponent’s cups wins.

The game is set up with opposing triangles of cups, 1 at the front, 2 in the middle and 3 at the back. Individuals or teams (usually of 2) then take it in turns to try and sink a cup. The idea is extremely simple to explain but incredibly difficult to master. Thankfully we’ve put together some top tips to ensure that you go from lowly beer pong newbie to absolute pro in no time at all.

You’ll also want to make yourself aware of the multitude of rules that occur during a beer pong game. You don’t want to be the one looking confused and wondering why everyone is shouting at you to take more and more punishment cups. Don’t be that guy. No one likes that guy. Read up on the Bodega Hostels beer pong rules here. There will be a test.

Another drinking game staple. Best played in large groups, King’s Cup is a classic and goes by many different names. Some call it simply Kings, others go with Queens, or Ring of Fire is another standard name. The game requires a central table with enough space for all players to reach the middle.

A single cup is placed empty in the middle and a whole card pack is placed around the outside of the cup in a continuous circle. The aim of the game is remove cards one by one (without breaking the circle!) and trying not to take the final King. Once the final King is removed the game is over and can be restarted. Mysteriously, the 4th King is rarely found quickly making for nail biting finishes.

The game is played by each player removing one card and performing an action related to the card. Each card has a different action as follows:

4 – Whores – All ladies present at the table drink

5 – Never Have I Ever – A round of never have I ever is played. Those who have, drink

6 – Dicks – All gents present at the table drink

7- Heaven – The bearer of the card can point to heaven at any given time, the last to do so drinks

8 – Mate – The bearer of the card can pick someone to be their mate, every time they are required to drink then their mate must also do so. (Mate cards can be used to create chains, If person A picks person B and then person B also gets a mate card and assigns it to person C then person C has to drink if person A or B drinks. Yes, it’s even more complicated once you’re drunk!)

9 – Bust a Rhyme – The bearer states a word and the person to their left must rhyme with it. The person who cannot rhyme drinks – no repeated words.

10 – Categories / Name 10 – Pick a category, for example brands of car. The card bearer states one and the player to the left must state another. Play continues until someone cannot go or the play returns to the card bearer. The loser drinks. Note – if any player believes that the card bearer cannot name 10 themselves, they can challenge. The loser of the challenge drinks and the game is not played.

Jack – New Rule – The recipient of the card can create a new rule, for instance, Everyone must drink left handed or No use of first names or No swearing for the remainder of the game

Queen – Thumb Master – At any given point the card holder may place their left or right thumb on the table. The last to match (with the same thumb) drinks. Card is discarded after 1 play.

Flip Cup is played with the same table and same cups as beer pong, but is very different in manual action. Teams line up facing each other on the long sides of the table. Each player has a cup placed in front of them full of beer (or whatever you’re drinking). Starting at one end, players race to down their drink and then flip the cup so that it lands perfectly upside down. Once the cup is successfully flipped play moves on. The first team to finish wins.

The trick to a successful flip is a smooth motion with the exact amount of the cup hanging over the edge of the table. This takes some time to master. Flip cup is a great fun game but has been known to tear friendships apart.

Baseball is the twisted combination of both beer pong AND flip cup. Not for the weary of heart of those with a weak liver! The rules are complex at first glance but easy to pick up once you get going. We wrote a whole blog article on how to play the baseball drinking game so just give that a read. After that? You’ll need some mental preparation and a mind for pounding drinks constantly! 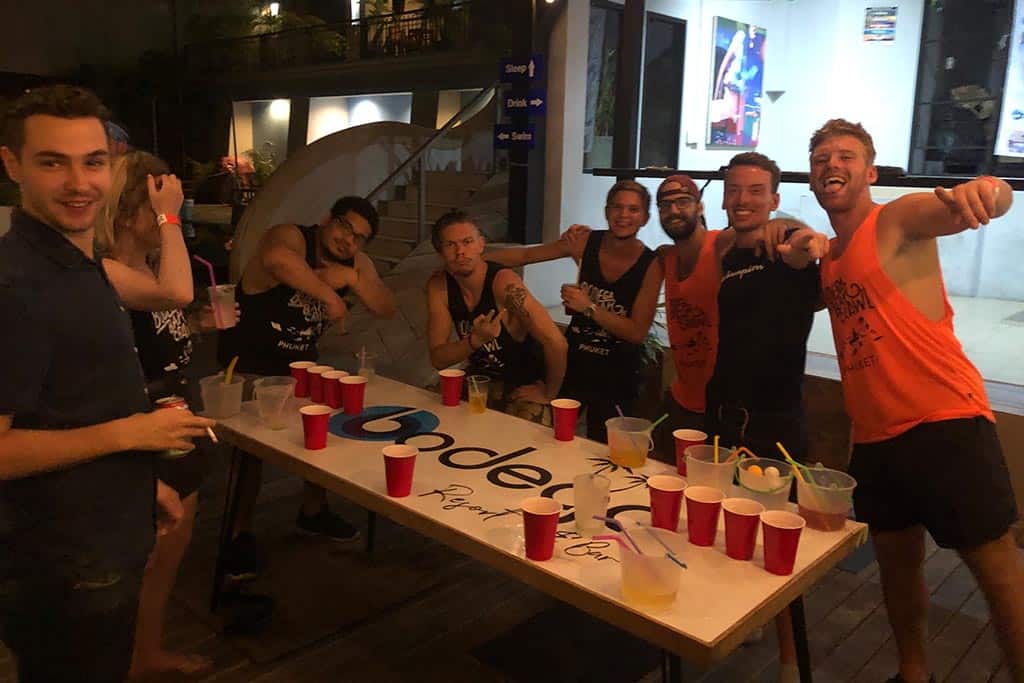 Jenga Dares and Cards Against Humanity

These are both ‘straight out of the box’ games. Cards Against Humanity markets itself as the party game for horrible people. This is your chance to see just how dark your friends are. The aim is to make the current card Tsar laugh more than your competitors so that you can amass black cards. There are many different variations on the game so make sure you clear the rules before you all start.

Jenga Dares is a game whereby people challenge each other with a dare before they make their move. If the player makes the move, the opponent completes the dare, vice versa if they fail. We’ve taken this one step further and have written dares or punishments directly onto the Jenga pieces so that there’s an element of surprise when you draw your piece. Some of them get pretty wild, the Bodega Hostels version of Jenga Dares is for those that are here to party! ? 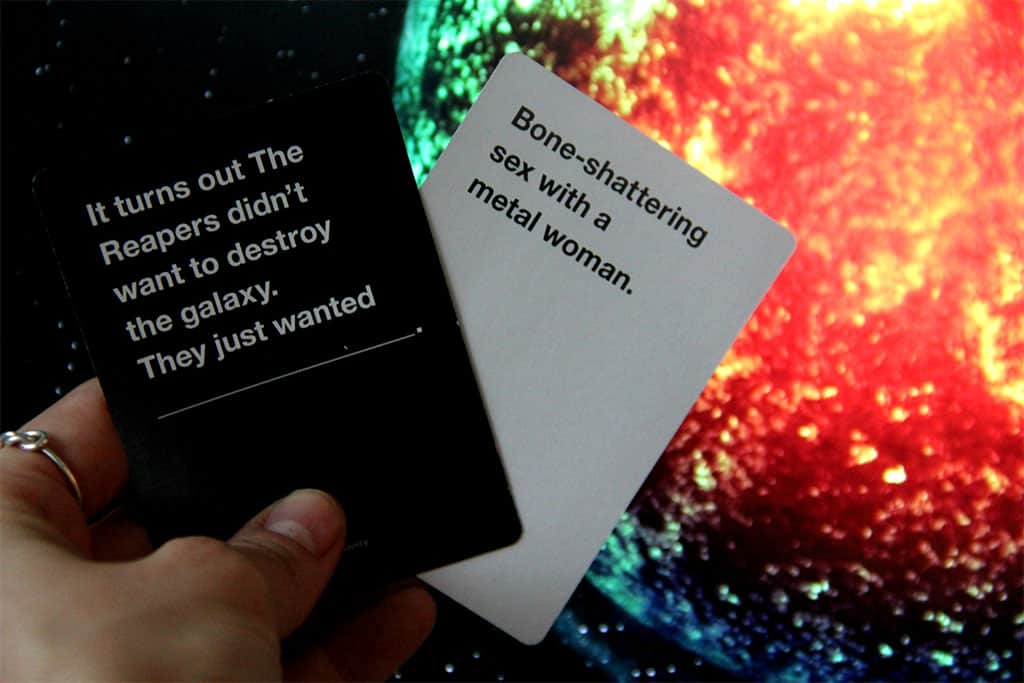 No matter which game you play, you’re going to have fun. Drinking games are a sure-fire way to get to know everyone around you and to get nicely buzzed in the meantime. Grab some beers, grab some people and get stuck in.

PS: We’ve got some variations of Beer Pong like Fear Pong (Thailand Edition) and the Baseball Drinking Game if you’re looking for something new. Ask our staff at any location!