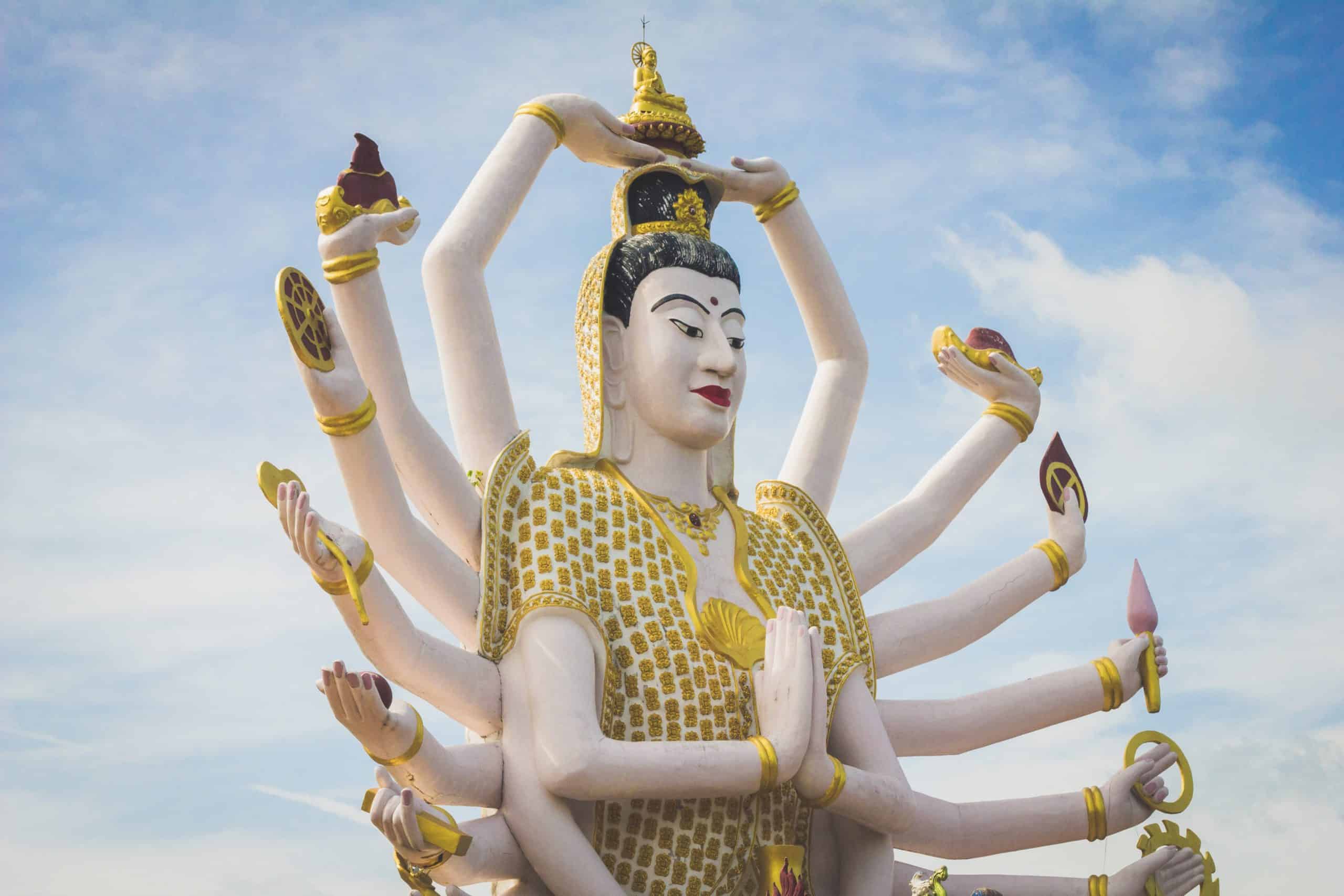 The Mummified Monk of Koh Samui: Spooky or Inspirational?

Shortly before his death in 1973, Monk Luong Pordaeng is said to have told his followers that if his body were to decompose, it should be cremated. If not, his body should serve as a reminder of Buddha’s teachings. Forty years later his mummified remains continue to provide inspiration to many Thai Buddhists, as well as those fascinated by the macabre display.

He may mean many things to many different people, but one thing is for sure: The Mummified Monk of Koh Samui should be on your must-see list. It makes for a nice break from the usual, insane nightlife of Koh Samui and our Samui pub crawl.

Did you really go to Thailand if you didn’t go temple visiting? 🏯 Also there’s a mummified monk beside this monastery that’s been kept for 45 years! 👀 #bangkokairways #boutiquejourney

Luong Pordaeng was born in 1894 on Koh Samui. Like many young men in Thailand he ordained as a monk at the age of 20, following Buddha’s teachings. He dis-robed some time later, opting to settle down with a wife and start a family. Once his children were fully grown, Luong Pordaeng decided to return to the life of a monk, dedicating his life to Buddhism and adopting the name Phra Kru Samathakittikhun.

Luong Pordaeng was known far and wide for his meditation skills, gathering a large following on the island. A highly respected monk, he is said to have even predicted his own death and refused food, water or company as he placed himself in a deep meditative state in the week leading up to his passing. After his death, his followers carried out his last wishes, encasing his body in glass at Wat Khunaram.

Based in the South East of Koh Samui, Wat Khunaram is a fairly typical Buddhist temple with locals coming daily to make merit and pay respects. Understandably having one of the most revered monks in Thailand mummified inside brings a lot of new visitors. However, it’s clear from the flowers, candles and offerings that surround Luong Pordaeng’s glass case that he is not a ghoulish side show, but an inspiration to many. Most Thai Buddhist’s view death positively- an opportunity to be reborn into a better life, one step closer to Nirvana. With his remains in such good condition, it’s not surprising that he serves as a comfort to many followers, as well as a marvel to the curious.

The Science Behind Mummification

One of the most striking things about the mummified monk is how well preserved he is. The prevailing theory is that his preparation before death is partly responsible- little to no food and a slow metabolism, as well as a reduced oxygen intake due to deep meditation have all helped stave off decomposition. The only real cosmetic change has been the addition of sunglasses. While it seems disrespectful, the shades are there to cover Luong Pordaeng’s dried out eyeballs, offering dignity after death.

How to Get to the Mummified Monk of Koh Samui

Wat Khunaram is just a short drive West of Lamai on route 4169, between the Na Muang waterfalls and Hua Thanon. If you time it right you can easily fit this stop into a packed itinerary. The best hours to come are in the early morning or late afternoon, with locals coming to make merit amongst chanting monks. Remember to bring respectful clothing, and while entry if free, donations for the upkeep of the temple are gratefully received. Once finished take a second to contemplate life and the universe- the Mummified Monk of Koh Samui affects everybody differently!

All Posts »
PrevPreviousArt galleries in Koh Samui? Since when do tropical islands have art galleries?
NextPhajaan, The Crushing of an Elephant’s SoulNext