Krabi Weather: The Sun is Always Shining (Except for Rainy Season) 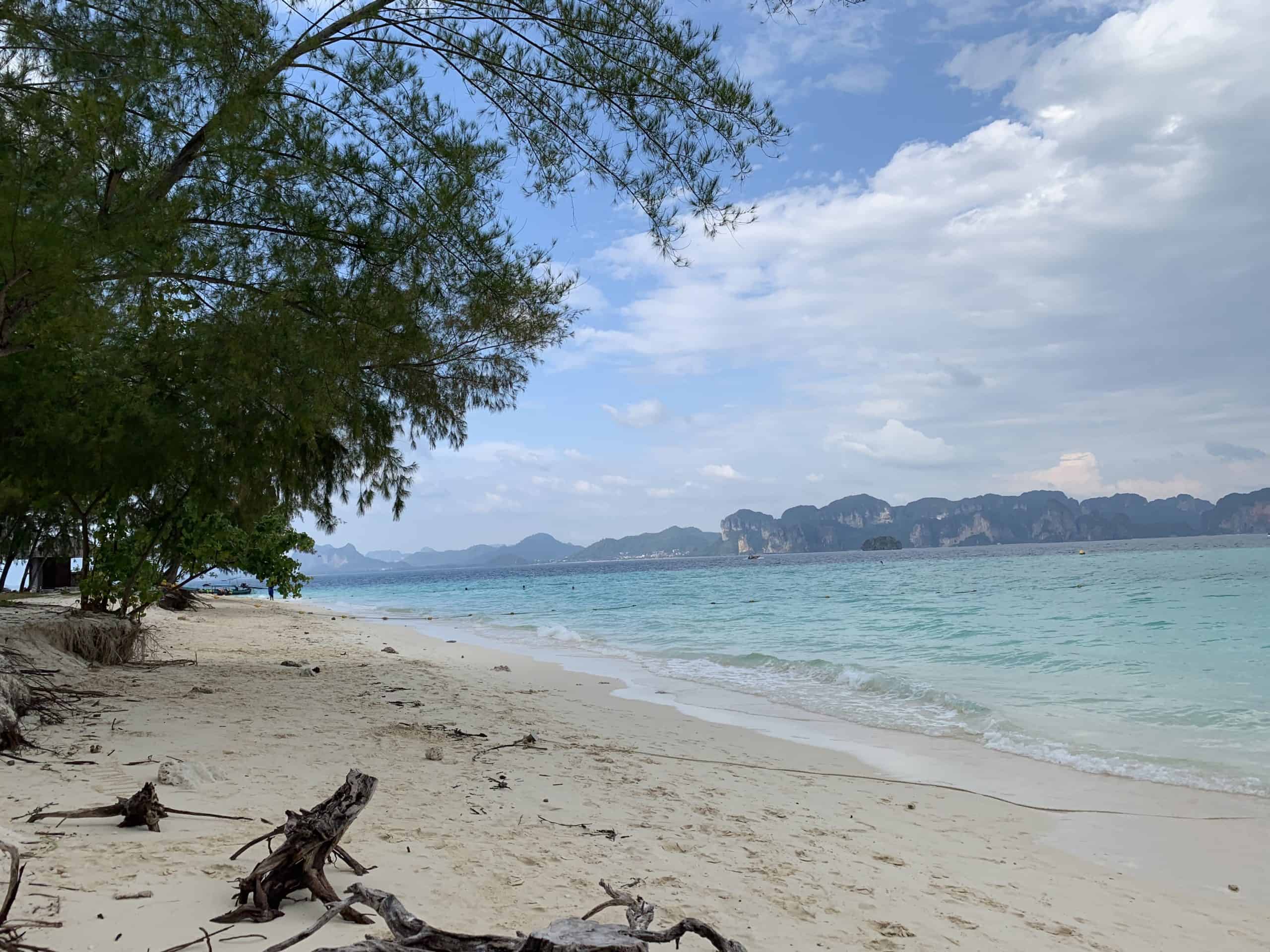 Plan your vacation around the weather in Krabi.

Many argue that the incredible Krabi weather is one of the main reasons that you’d want to visit the Andaman coast of Thailand. And those people wouldn’t be wrong. Krabi is the stuff of postcards, eagerly sent home to make those left behind jealous. It’s the land of white sand beaches, frondy palm trees and crystal clear water. Alongside all of that? Blue skies and sunshine.

That said, this is a tropical part of the world, and with that comes changeable weather. Changeable but predictable. The weather in the tropics follows a fairly regular pattern, meaning that when you’re planning and booking your trip, you can plan for what the weather is likely to be like. No one wants to go on a 4 Island Tour when the boats are rocking and storm clouds are gathering, after all.

No matter what weather you have during your trip, one thing we can guarantee is that you’ll enjoy yourself. There’s plenty to see and do in Krabi, no matter the weather, in fact our Bodega pub crawl tops look especially good alongside soaking wet hair from a tropical downpour.

What are the Krabi weather patterns?

As we mentioned above, there is a fairly systematic pattern to the weather in Thailand. Generally speaking, it’s hot all year round. Temperatures are usually within a 5°C window between 30°C and 35°C. That said, whilst the temperature stays roughly the same, the actual weather doesn’t.

There are two very distinct seasons in Thailand. Rainy season and dry season. Rainy season begins thanks to the southwest monsoon from May to October time. The dry season runs from December to March. That, of course, leaves two shoulder seasons in April and November. During these times there’ll be considerably more rainfall than in the dry seasons, but considerably less than in the rainy seasons. November can face very heavy rainfall thanks to a potentially late monsoon and also, occasionally, a tropical cyclone.

Many travellers, especially holiday tourists, plan for their holidays to fall in the dry season (also known locally as high season). This leads to expensive hotel, restaurant and tour prices, but almost guaranteed great weather. There will still be the occasional showers, usually in late afternoon, but they pass quickly and dry even quicker.

Whether you’re talking about Krabi town, the whole area of Krabi or the islands, that you’ll no doubt visit, the temperature is roughly the same across each of them. Generally speaking, expect day time temperatures in excess of 30°C and nighttime temperatures rarely ever dropping below 20°C.

If you’re looking for the hottest parts of the year then plan your trip to be between February to May, temperatures can sometimes hit up towards 36°C. If that’s starting to sound too hot for you, consider a trip to the islands, away from the mainland, where the sea creates gentle breezes.

Of course, with there being a rainy season, you can expect there to be some rain… Across the year there’s just short of 80 inches of rainfall, the majority of which falls in August, September, October and November. Rainfall drops dramatically in December (from nearly 180mm to only 70mm). In terms of rainy days, expect October to have the most with over ⅔ of the month having rain. January and February are the driest, with only 5 days of rain in every 30.

Talking of sunshine, and we’re talking beautiful blue sky sunshine, you can expect a minimum of 4 hours a day (even in October’s rainy season) with over 8 hours in February.

Thanks to the rain, many tourists tend to avoid Krabi during the rainy season. This, for the traveller who doesn’t mind a shower every now and then, can make for a plethora of benefits.

Accomodation prices are slashed dramatically, and if you contact the hotels directly you might get rates even lower than that of comparison sites. You also have the luxury of being able to shop around and find the best hotel you can, rather than the scrum that happens in high season.

Generally the weather is still great, in fact for most people it’s more manageable at lower temperatures and the whole place is far less crowded for a start! We mentioned above that hotels are considerably cheaper, but it’s not just accomodation that slashes the prices. You’ll find amazing deals with tour operators, restaurants and rentals.

The beaches become a little less enjoyable, with murkier water (well, murkier than crystal clear…), the waves are rougher and there’s more cloud. But that’s not the end of the world, Krabi has a huge variety of activities on offer, and many of them take place inland. Explore the jungles, backroads and limestone cliffs that Krabi is famous for.

Thanks to it’s situation in the tropics, Thailand regularly suffers tropical cyclones and Krabi is no exception to that. That said, Krabi is among the lesser affected areas of the country. Usually cyclones develop with trajectories sending them towards the Bay of Bengal in the period between April and December.

If you head for the other coast, in the east, occasionally cyclones will head from the South China Sea and hit the Thai mainland.

There are very minor fluctuations in sea temperature around Krabi. No matter what time of year you visit the sea will be roughly between 28°C and 30°C, perfect for lazy afternoons swimming by the beach.

If your trip is just around the corner then it’s worth keeping a weathered (get it?) eye on the forecast. Not only so you know what to pack, but also so that you can plan your big outdoor excursions on the best day possible. We highly recommend the BBC weather site for live updates and, generally speaking, the most accurate reports.

Don’t forget that if you don’t like what you see in the weather forecast there, then you can always keep looking for a site that has a forecast that you like and go with that one instead…

All Posts »
PrevPreviousWhat To Do in Krabi: Your Guide to Thailand’s Tropical Paradise
NextThe Best Travel Subreddits for Backpackers and Travel BloggersNext