Koh Samui is Cheaper Than You Thought: Luxury Travel on a Budget 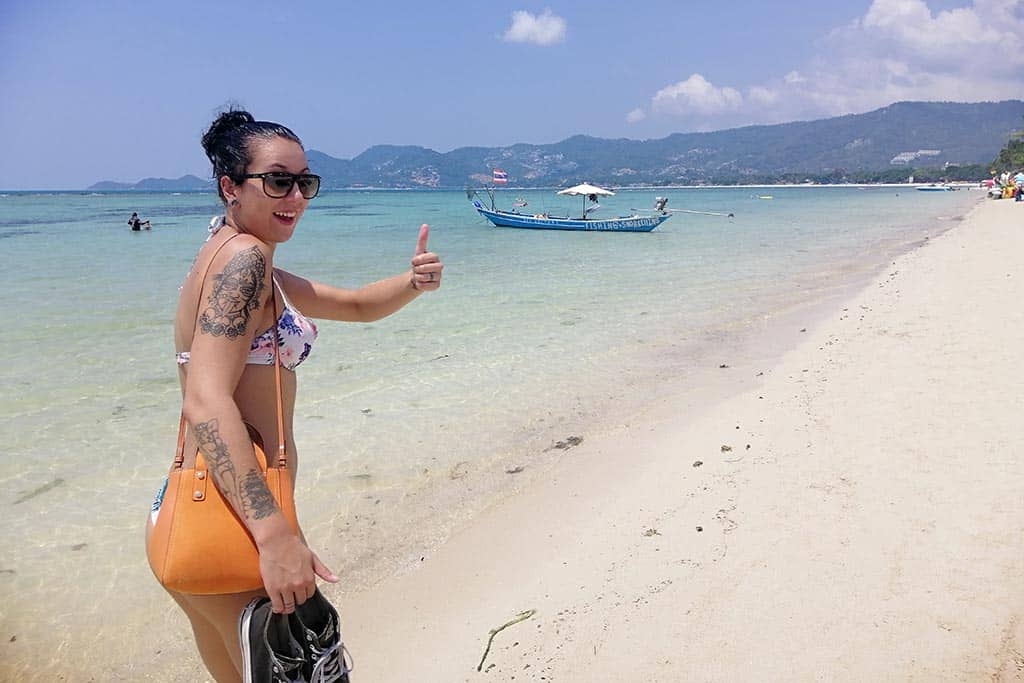 Bang for Your Buck: Koh Samui is the Cheapest Island in Thailand!

You might be surprised to find that Koh Samui is cheaper than you thought. Especially when you look at the world class luxury resorts, some of the best beaches in the world and refined, delicious cuisine. But, we’re very pleased to say that yes, Koh Samui is cheaper than most of the popular island destinations in Thailand. It’s a incredibly beautiful, relaxing and affordable place to holiday, travel or spend extended time in.

Samui has been a backpacker haven for decades. Around 10-20 years ago, it was THE island to visit, before the mass tourism market arrived and luxury resorts began to pop up. The history of tourism on Samui is rich with speculation on who were the first tourists. As with all things travelling, the moment that people socks and sandals arrive the backpackers leave. This, to an extent, has happened on Koh Samui, but there are still cheap options.

You’ll find resorts from around 1000 baht a night and upwards of that, but at Bodega Koh Samui you’ll only be paying around 500 baht a night for our dorm rooms, but with all the fun of a resort.

As with many of the major resort style locations in Thailand, such as Phuket, Krabi etc, you’ll end up spending a large amount of your budget on transportation. That is unless you just want to sit in one spot for the whole time, but you’ll miss out on a lot if that’s your choice. Public transportation costs can quickly mount up and you’ll rapidly find that your budget is beginning to dwindle. Instead, go for the classic Thai traveler route and hire a scooter or motorbike.

When you hire a bike, which in Koh Samui costs only around 150 baht (compared to the 300-400 baht you might spend in Phuket) which makes for cheap and easily accessible travel. The freedom that’s afforded with a bike is the biggest selling point for sure. The other main money sink will be the restaurants, but as with everywhere in Thailand, if you eat locally you’ll eat cheaply. You can easily sink 1000 baht on a meal in some restaurants but could also grab a Pad Thai for 40 baht. That said, you’ll spend less than you might do if you’re staying on Koh Tao or Koh Phangan.

In fact, if you stay on Koh Phangan any time near a full moon party then you’ll see the prices absolutely sky rocket. Everything goes up in price actually – hostel beds, food, bike rentals, etc. That’s not even including the typical 5 night minimum booking for hostels near Full Moon Party on Koh Phangan. Plus, if you really want get into that monthly madness, you can just take a ferry from Samui for the night of the party!

Our personal favorite part of staying on Koh Samui is that you get to experience some of the world’s best beaches for a budget, economy price. Your closest and most popular option will be Chaweng Beach, which is one of the world’s best, and it’s only a stone’s throw from accommodation, including Bodega. In comparison, you’ll need to put in some effort if you want to get to the more beautiful beaches in places such as Phuket.

All Posts »
PrevPreviousHow to Order Food in Thai: A Practical Thai Phrases Guide
Next5 Reasons Why You Need to Visit Bangkok’s Newest Mall, ICONSIAMNext